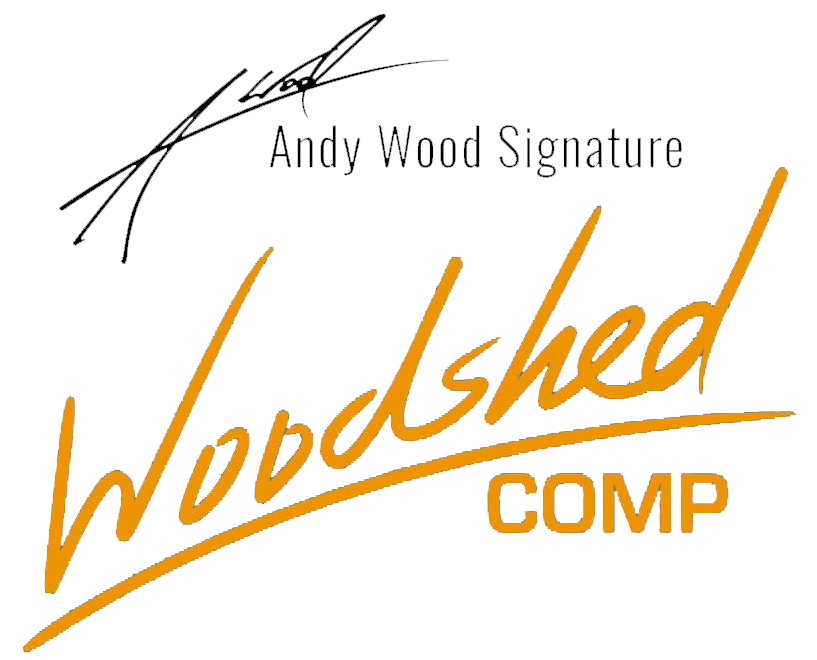 The Andy Wood Woodshed Compressor: The first pedal designed alongside one of our Suhr artists. Together, Kevin Suhr and Andy Wood have built a compressor that is the foundation of some of Andy’s favorite tones. As you know, Andy plays in multiple musical environments and this small compressor echoes his versatility. The conception of the Suhr Woodshed Comp was to make something unique and with more character than the commonly used compressors on the market. Compressors are like overdrives; they all have different flavors and do different things. With the Woodshed Comp, the main goals were to provide compression while maintaining the tone and transients of the guitar, without being as temperamental as vintage pedals.

The Suhr Andy Wood Woodshed Comp is set with a fast-attack speed and balanced compression that allows the guitar to sing, punch, and have that sustain. Andy wanted the control’s sweet spot to be in a specific place. In turn, you get a very sensitive range of the controls with a wide sweep, expanded ratio, threshold and gain range. This allows the threshold to work on lower signals, such as single coils. With the Woodshed Comp, a little goes a long way when dialing in your compression. Soaring Sustain, No Need For Gain. Woodshed Comp is more natural, open, and present than anything else you’ve heard. Allowing you to get long, soaring sustain, without the need to push your gain too high on your amp. This gives you that singing sustain, without the fizz.

One of the most exciting features of the Woodshed Comp is that it has a massive amount of headroom. In fact, the most headroom out of any of Suhr's pedals, going almost to the rails (24v) before clipping. In essence, you can use it as a clean boost, with minimal to no compression, and it would act as a high-gain boost.

By boosting the beginning of your signal chain and clipping the front of a tube amp, you can get a nice saturation and palm-mutes sound just incredible. All of that in such a tiny and durable package.

"When I use compression, I’m using it to really boost the signal. This is kinda a trick that some of my heroes have used over the years, where you're adding plenty of signal to your clean tone just to bring it up...I mean as much as 3, 4, or 5 decibels….which doesn’t sound like a lot but musically that’s a big bump in front of a clean channel.

Speed is a thing in compressors, typically in pedals and even some rack gear and studio gear, speed is a variable. A lot of times speed ends up on a knob and its a sweeping type of thing, but to me, if you’re at 8 o clock, the speed compared to at 9 o clock isn’t that drastically different. So with the Woodshed Compressor, we chose my favorite versions of what my optimum fast, medium, and slow attack settings are and put them on a 3-way toggle, right where I like it. To me, the most important knob on a compressor is the ratio, that’s why we made it the biggest.

Most of my favorite compressors over the years had huge power supplies and were permanently built-in, you know, like big, bulky wall-wart style things, taking up tons of room on a pedalboard. A lot of times, you would need back-ups of these pedals, because of them being so paramount to your sound, when one would inevitably break, you can’t wait to find and buy another. On top of all of this, the Woodshed Comp is amazingly tough and tiny, something that was incredibly important to me."